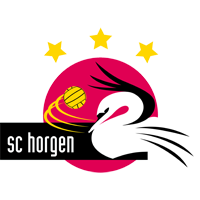 The Swimming Club Horgen was established in 1924 and now it is slowly approaching its 100th anniversary. Dora Lauppe gained first big success for Horgen in 1926. She became a Swiss champion in springboard diving. So the athletes of SCH were successful even in their childhood. By today club members have gathered a considerable number of Swiss Champion titles in individual and team sports.

The flagship is the Water Polo 1st team. For over 60 years (since 1952 exactly) Horgen has received the rank among the top 5 in the National League A.

SCH is first of all a sports club. However, there are separate organizational groups that arrange entertainments and events in addition to the cool water. Nice example is the annual Beach Party in Seegüetli that takes place every four years at Chilbi in Horgen and occasionally at other events in the village.

Our Sportbad Käpfnach was opened in 1962 as a nota bene seawater pool. 10 years later it became possible to hold a year-round training operation in the indoor swimming pool Bergli. In 1978 Sportbad got today's floating pool with heated hydrogen chloride.

The swimming club needs a new infrastructure, because there are many capacity constraints - especially in winter months.